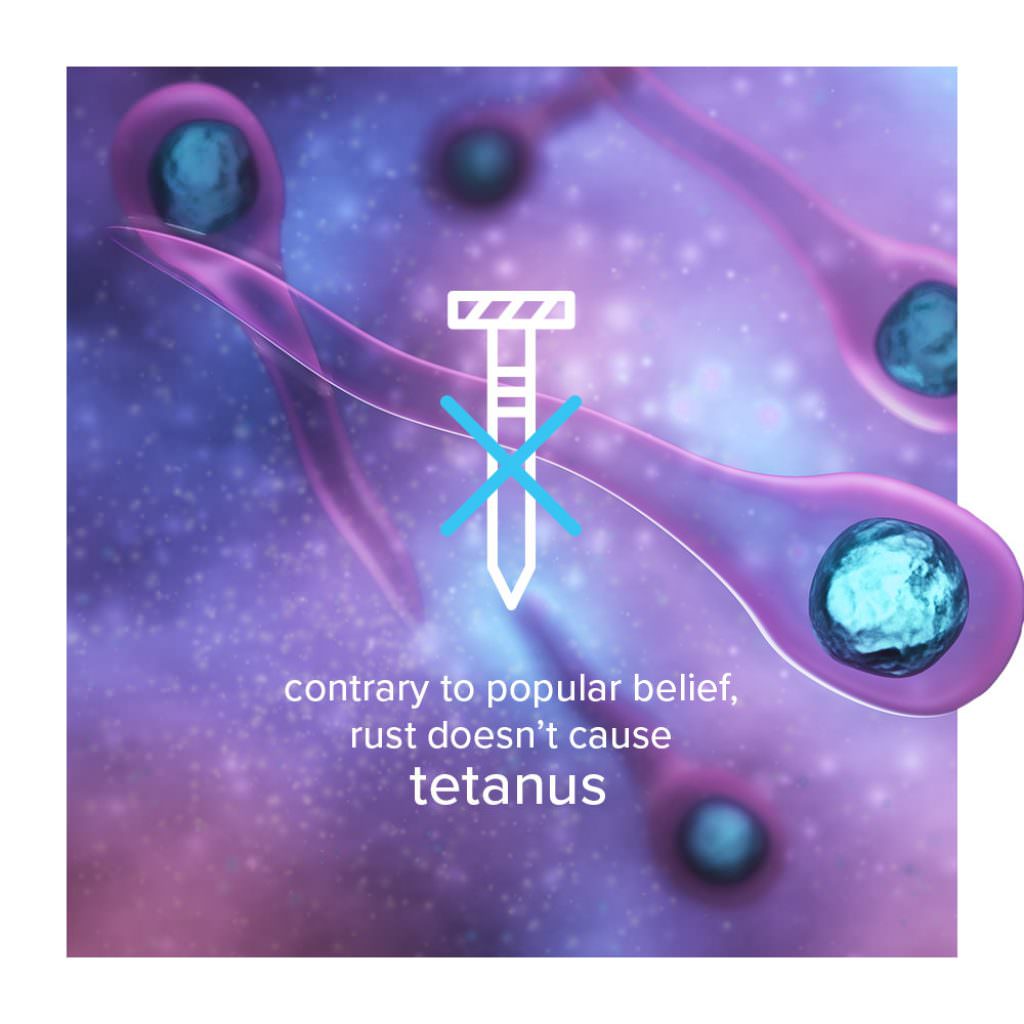 When you were a kid, you were probably told that stepping on a rusty nail can give you tetanus. That is true, but slightly misleading.

The rust itself doesn’t cause tetanus. Instead, the culprit is the bacteria Clostridium tetani. This organism lives in dirt, dust, and other environmental settings. It needs to break through the skin to cause an infection. Rust is an ideal hiding spot.

Stepping on a nail that has been outside—and is therefore likely rusty—and causes an open wound is one way for exposure to this bacteria to occur. In addition, the rough surface of the rusty nail itself could potentially harbor the bacteria and increase the risk of infection.

Tetanus is nothing to take lightly. The effects can be severe, and if not treated early enough, the disease can even be fatal. The infection gets its alternative name, “lockjaw,” because C. tetani releases a debilitating neurotoxin called tetanospasmin that can cause muscle stiffness and convulsive spasms that usually begin in the jaw.

To help protect yourself, make sure you’re up to date on your tetanus booster. Traditionally, it’s been recommended to get one every 10 years. But a recent study at Oregon State Health & Science University now suggests a shot may only be needed every 30 years, not 10.

Ready to hit the nail on the head with your health and science marketing? We have the audacity to question current conventions.

let’s unleash the human element for your brand